Craniofacial syndromes are a diverse group of deformities in the growth of the head and facial bones. Dysmorphology is the study of disordered development, resulting in recognizable morphologic abnormalities that fall outside the range of normal human variation. 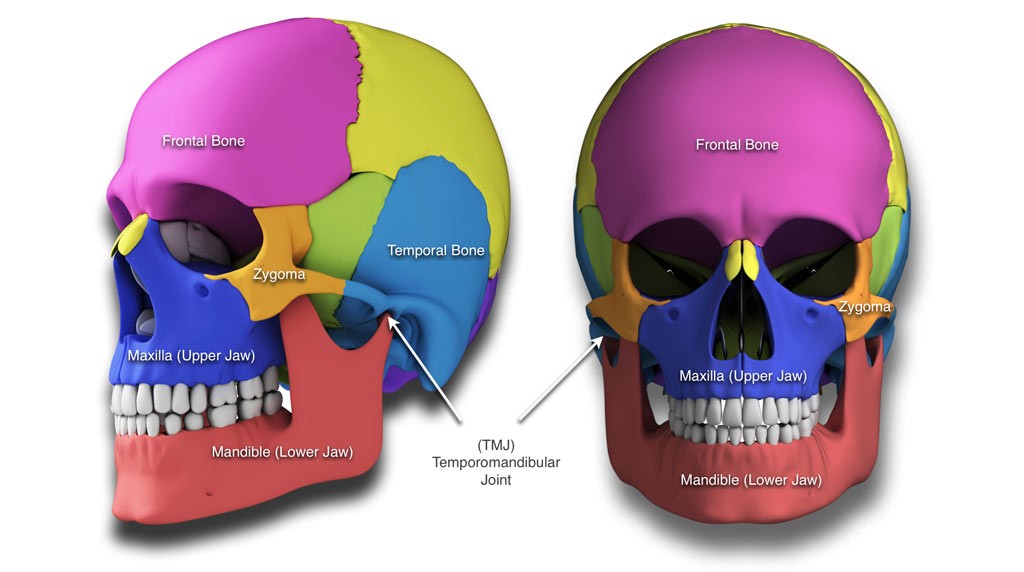 Apert syndrome is a form of acrocephalosyndactyly, a congenital disorder characterized by malformations of the skull, face, hands, and feet. Along with craniosynostosis, webbed fingers and toes (syndactyly) in Apert Syndrome is one of the distinguishing features with fusion of two or more digits both on the hands and the feet.

Pfeiffer Syndrome is a rare genetic disorder characterized by the premature fusion of skull bones (craniosynostosis), which prevents further growth of the skull which leads to bulging and wide-set eyes, a high, prominent forehead (turribrachycephaly), an underdeveloped upper jaw (maxillary hypoplasia), and a beaked nose.

Saethre–Chotzen Syndrome (SCS) (Acrocephalosyndactyly type III) is a rare congenital disorder associated with premature closure of the skull bones (craniosynostosis ), resulting in a cone-shaped head and an asymmetrical face.

Velocardiofacial Syndrome (VCFS) (22Q Deletion) is a syndrome that includes as part of its phenotypic (observable characteristics) spectrum:

PRS is a “sequence” because one of its features, micrognathia (small mandible), sets off a sequence of events before birth that cause the other signs (glossoptosis, cleft palate) and symptoms (airway obstruction) to appear.

Hemifacial Microsomia or Hemifacial Deformity is also known as:

Parry-Romberg Syndrome (Progressive Hemifacial Atrophy, Scleroderma) is a rare nerve and skin (neurocutaneous) syndrome characterized by progressive shrinkage and degeneration of the tissues beneath the skin, usually on only one side of the face (hemifacial atrophy), but occasionally extending to other parts of the body.

Freeman–Sheldon Syndrome (FSS) (Distal Arthrogryposis type 2A (DA2A), Craniocarpotarsal Dysplasia, Cranio-carpo-tarsal syndrome, Windmill-Vane-Hand syndrome, or Whistling-face syndrome) is a rare form of multiple congenital contracture (MCC) syndromes (arthrogryposes), and is the most severe form of distal arthrogryposis (DA). It is characterized by drooping of the upper eyelids, strabismus, low-set ears, a long philtrum, gradual hearing loss, scoliosis, and walking difficulties. Gastroesophageal reflux has been noted during infancy, but usually improves with age. The tongue may be small, and the limited movement of the soft palate may cause nasal speech. Often there is an H- or Y-shaped dimpling of the skin over the chin.

Hypertelorism (Greig Cephalopolysyndactyly Syndrome) is a disorder that affects development of the limbs, head, and face. This condition typically has one or more extra fingers or toes (polydactyly) or an abnormally wide thumb or big toe (hallux).

Cleidocranial Dysplasia (Cleidocranial Dysostosis and Marie-Sainton Disease) is an abnormal (dysplasia) formation characterized by defective development of the cranial (cranial) bones and by the complete or partial absence of the collarbones (cleido-clavicles).

Ear Microtia is a congenital deformity in which the external ear (pinna) is undeveloped. Anotia refers to an undeveloped ear.

Moebius Syndrome (Möbius Syndrome) is a rare congenital neurological disorder which is characterized by facial paralysis, inability to move the eyes laterally (side to side), but with normal intelligence.

Neurofibromatosis type I, in which the nerve tissue grows tumors (neurofibromas) that may be benign and may cause serious damage by compressing nerves and other tissues.

Schwannomatosis, in which painful schwannomas develop on cranial, spinal, and peripheral nerves.

Pfeiffer Syndrome is a rare genetic disorder characterized by the premature fusion of skull bones (craniosynostosis), which prevents further growth of the skull which leads to bulging and wide-set eyes, a high prominent forehead (turribrachycephaly), an underdeveloped upper jaw  (maxillary hypoplasia), and a beaked nose. More than half of all children with Pfeiffer syndrome have hearing loss; dental problems are also common. Limb abnormalities include thumbs and first (big) toes that are wide and bend away from the other digits. Short fingers and toes (brachydactyly) are also common, as well as webbing or fusion between the digits (syndactyly).

Sturge–Weber Syndrome (Encephalotrigeminal Angiomatosis) is a rare congenital neurological and skin disorder often associated with port-wine stains (vascular birthmark ) of the face, glaucoma, seizures, mental retardation, and ipsilateral leptomeningeal angioma (cerebral malformations and tumors). It is characterized by abnormal blood vessels on the brain surface. Normally, only one side of the brain is affected.