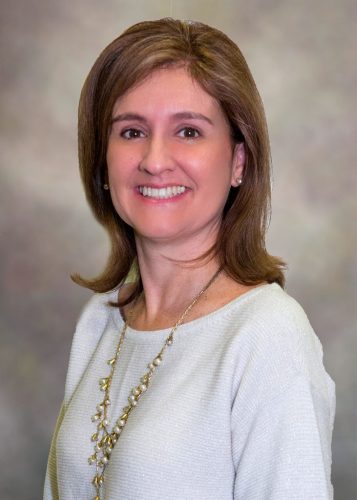 Dr. Da Silveira is an orthodontist who has been treating the most complex craniofacial cases as part of Accredited Cleft Craniofacial teams in Chicago and our team in Austin. Her expertise has been caring for children born with cleft lip and palate, craniofacial syndromes, cases that require jaw surgery, cases of sleep apnea, and children with special needs. Having treated more than 300 cases of jaw surgery (orthognathic surgery), she can attest that she has the necessary experience to create the best bite and the most perfect smile!

She also spent seven years teaching dentists how to become orthodontists at one of the most prestigious programs in the country, the University of Illinois at Chicago. She has a Masters and a PhD degrees in Oral Biology. Teaching and research have always been part of her career, and she is proud to be an adjunct faculty at the University of Texas at Austin—Go Longhorns!

She has published many peer-reviewed articles and lectured extensively both nationally and internationally. She has been as far as India and Europe to attend and present at international meetings, and has also traveled to El Salvador on mission trips.

Outside work, Dr Da Silveira is busy with her husband and managing the activities of their two school-aged kids. Her favorite time of the year is summer, even here in Austin! In 100-degree days, you can probably find her jumping in the swimming pool or going to a south Texas beach! She also enjoys trying new restaurants and different types of food around ATX.